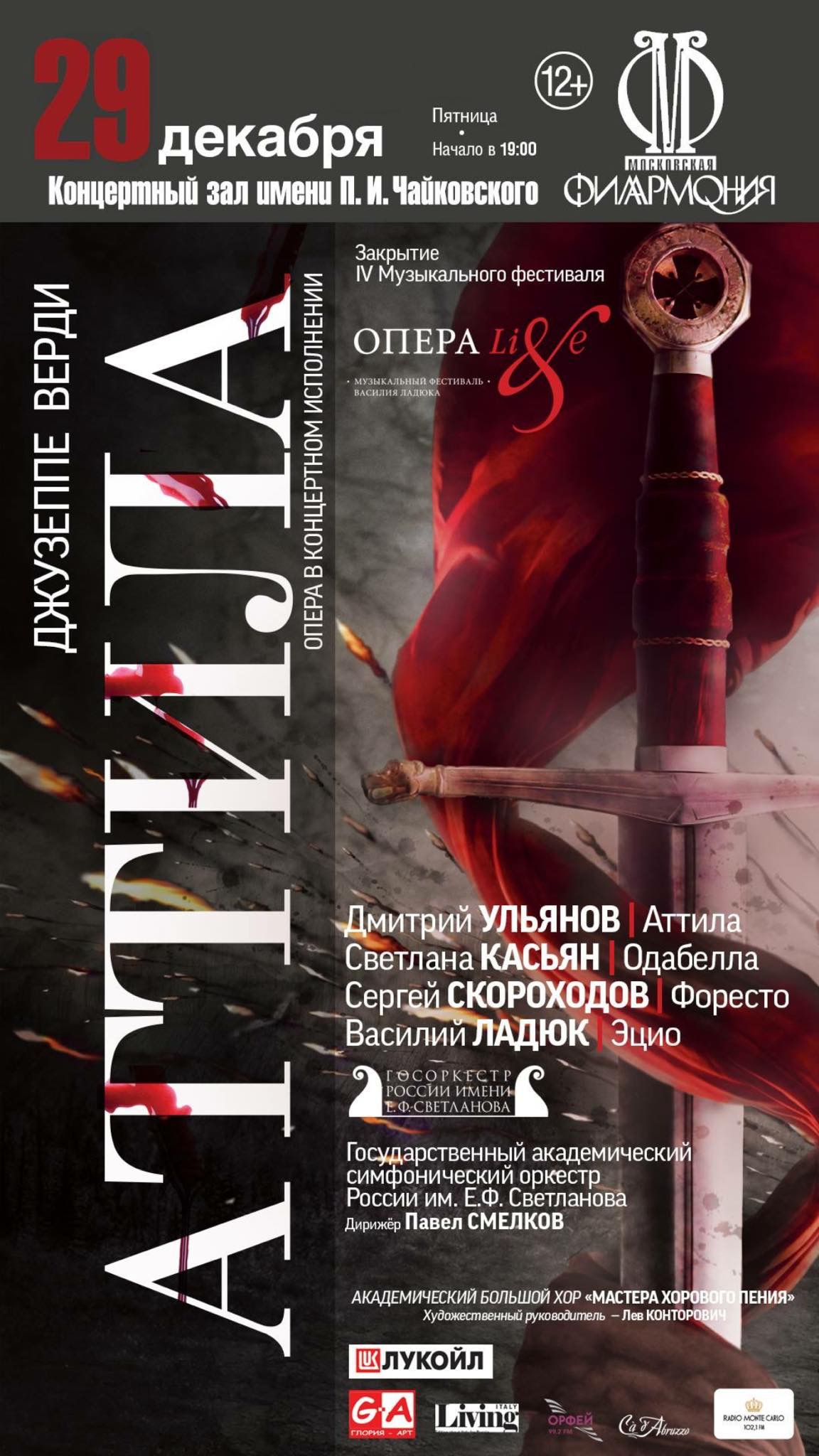 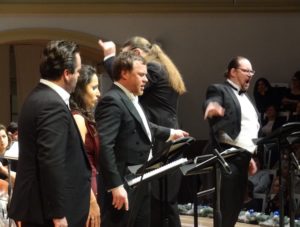 The concert version of  “Attila” G.Verdi took place on 29th of December 2017 on the stage  of Tchaikovsky Concert Hall. It was the final perfomance of  Music festival of Vasily Ladyuk “Opera Live”.

Dmitry Ulyanov made his debut in the main role of  Attila. The role of  Odabella was played by  Svetlana Kasjan, Foresto – Sergei Skorohodov, Ezio – Vasili Laduk.

You can find a record of this perfomance on website of Moscow Philharmonic : http://meloman.ru/concert/muzykalnyj-festival-vasiliya-ladyukaopera-livebrverdi-attila/