Debut on the stage of Teatro di San Carlo of Naples. D. Shostakovich “Lady Macbeth Of The Mzensk District”. 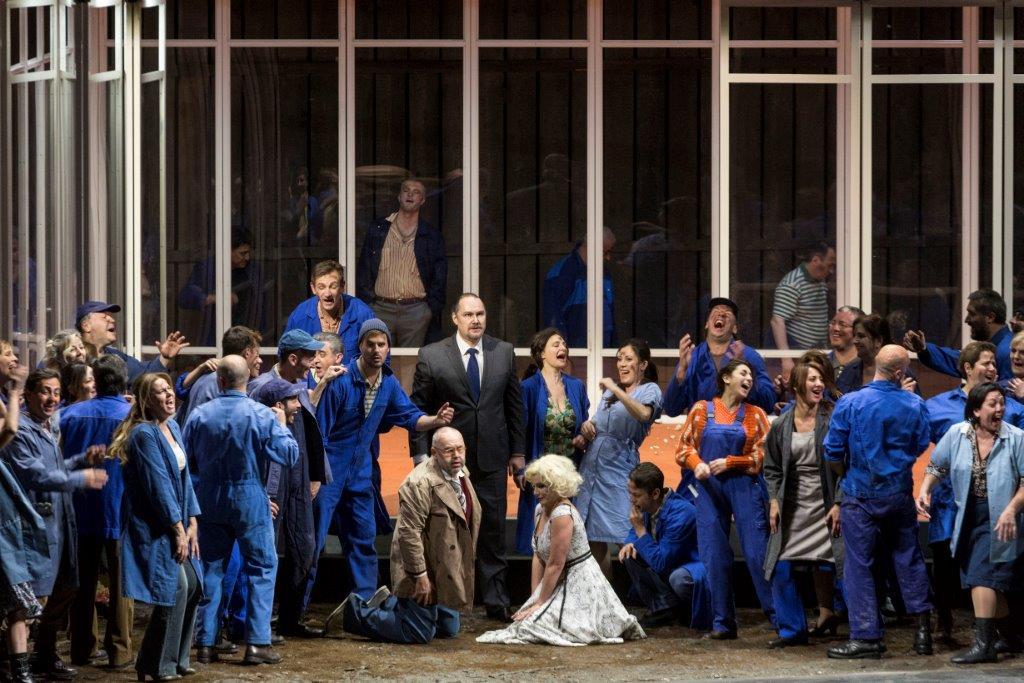 In April 2018 Dmitry Ulyanov successfully made his debut on the stage of the Teatro di San Carlo of Naples, performing one of the most difficult bass roles of Boris Timofeevich Izmailov in the opera of D. Shostakovich “Lady Macbeth of Mtsensk” (Co-production with the Dutch National Opera and Teatro Real, Madrid). The director was Martin Kushej, the orchestra was directed by Juraj Valchuha – the chief conductor of the San Carlo Theater. In the lead roles, in addition to Dmitry, were: Natalia Kreslina and Elena Mikhailenko as Katerina Izmailova, Ludovit Ludha as Zinowy Izmailova and Ladislav Elgr in the role of Sergei.

The performances took place on the stage of the Teatro di San Carlo from 15th to 22nd of April.

Click this link to see photos of the performance.

“Dmitry Ulyanov, who has an impeccable timbre, presents us the treacherous Boris Izmailov, the master of the house, as model of pettiness prevalent in the house of the Izmailovs.”

“Bass Dmitry Ulyanov, who very brightly presented to the audience the old merchant Boris Ismaylov, can boast the most interesting, colorful timbre among the male voices…”